An Ultimate Guide to Types of Dementia 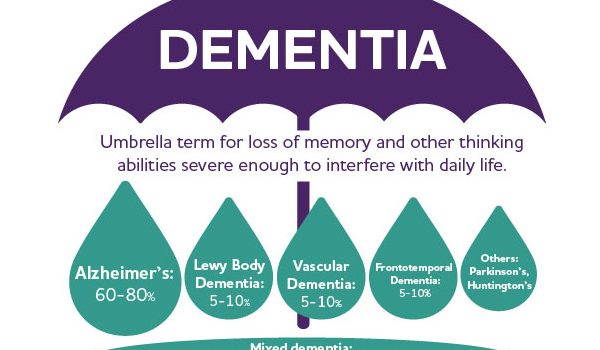 Long life is something virtually everyone desires. But as we grow older, our body systems tend to get weaker and turn against us. And dementia is one of those things seniors are at risk of. Not that it’s a normal part of the ageing process, but it can occur, unfortunately.

There are different types of dementia, but before going into that, let’s understand what dementia is.

Dementia is a progressive brain disorder that causes impairment in cognitive ability, such as memory loss.

As a person ages, the brain goes through considerable modifications. One of such modifications is brain shrinkage, which begins after 60. Cells also begin to wear out and no longer regenerate.

Typically, dementia is caused by damage to or loss of nerve cells in the brain. This may result in difficulty remembering things, which can be severe enough to hamper the individual’s social life.

Although memory loss is often associated with dementia and is considered one of its early signs, it’s often not a determinant of the condition. One can have memory loss but not have dementia.

Dementia symptoms vary depending on the area of the brain affected. That’s the reason why people experience dementia differently.

However, some conditions that look like dementia may not be it, such as those resulting from medication or vitamin deficiency. Such conditions typically improve with treatment over time.

Generally, the symptoms of dementia include:

If you notice some of the following in yourself or an elderly loved one, it is likely dementia.

Many things cause dementia (damage to brain cells). Depending on the cause, the condition is either reversible or irreversible (progressive). But we generally don’t regard the irreversible one as actual dementia because, although the symptoms are virtually the same, it is not progressive. It can be treated. Actual or progressive dementia doesn’t get better with time. It’s the opposite.

The 5 Types of Dementia

There are typically five types of progressive dementia.

Common signs of dementia include:

Vascular dementia often results from strokes and other cardiovascular incidents. The shock to the blood vessels causes damage to the brain, such as tissue loss. After a stroke or similar incidents, the patient may start having memory deficiency and trouble planning and making decisions. These are the first signs of vascular dementia.

Other symptoms of vascular dementia include:

This condition has symptoms like Parkinson, such as tremors and stiffness. The patient may also suffer from hallucinations. Lewy Body dementia results when clumps of protein, known as Lewy bodies, form in the brain. These same clumps also form in patients with Parkinson’s and Alzheimer’s diseases. However, the symptoms are different, and that’s how you know it’s Lewy Body Dementia and not Alzheimer.

When the neurodegeneration majorly affects the temporal and frontal lobes of the brain, the condition is classified as frontotemporal dementia. This type of dementia typically impacts the person’s behaviour and personality, although they may still show signs of memory loss.

Symptoms specific to frontotemporal dementia include:

However, there is not much research on ground regarding the specific symptoms mixed dementia patients experience.

Risk factors of Dementia You Can Do Something about

Dementia can significantly reduce one’s quality of life. Although our older years should be a time to retire, rest, and relish all your life’s success, dementia can steal the joy away and make life bleak.

If your elderly loved one has dementia, they may suffer further complications such as:

If your elderly loved one has dementia, there’s every need to keep an eye on them at all times. Putting them in a Care Home becomes a wise choice.

But you want to put your loving parent in a home you can be proud of, a worthy place they deserve, a home away from home.

At English Oak Care Homes, we understand that, and we provide a place where our guests can feel at home and even invite their friends over just as they would when on their actual property. We’re all about retaining that homely feel for you and your parent.

Let us help you give your loving parent the care they deserve so you can be relieved of your responsibilities to enable you to spend more quality time with them. 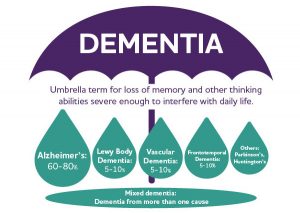 How to Fund Care for People with Dementia UK

Cost of care for people with dementia UK

What to expect in a care home

WE VALUE YOUR PRIVACY
We have to collect some data while you use this website. We need this to make the site work, to keep it secure, and to comply with regulations.
We'd also like your consent to collect data while you use this website to help us; to study how people use our site and other services so we can improve them; decide which of our products or services may be relevant for you; serve targeted advertising cookies. (Please see our cookie policy here )
Select I accept if it's okay for us to use cookies. Select I do not accept if you would like to browse the site without cookies, apart from those categorised as strictly necessary including session cookies to remember your selection. To find out more about our cookie categories you can also manage individual consents to control which types of cookies we use..
I ACCEPT
I DO NOT ACCEPT
MANAGE CONSENTS
Manage consent

This website uses cookies to improve your experience while you navigate through the website. Out of these, the cookies that are categorized as necessary are stored on your browser as they are essential for the working of basic functionalities of the website. We also use third-party cookies that help us analyze and understand how you use this website. These cookies will be stored in your browser only with your consent. You also have the option to opt-out of these cookies. But opting out of some of these cookies may affect your browsing experience.
STRICTLY NECESSARY Always Enabled
Necessary cookies are absolutely essential for the website to function properly. This category only includes cookies that ensures basic functionalities and security features of the website. These cookies do not store any personal information.
NON-NECESSARY
Any cookies that may not be particularly necessary for the website to function and is used specifically to collect user personal data via analytics, ads, other embedded contents are termed as non-necessary cookies. It is mandatory to procure user consent prior to running these cookies. AT PRESENT OUR WEBSITE DOES NOT RUN ANY NON-NECESSARY COOKIES
SAVE & ACCEPT